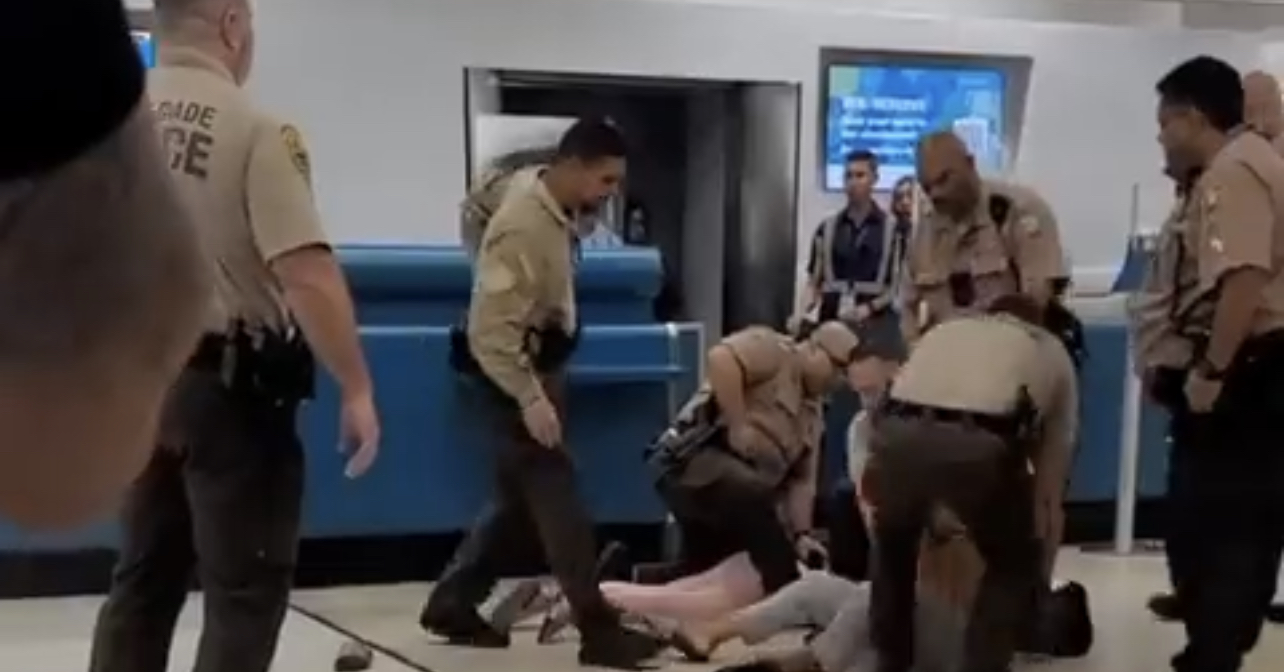 Two women were arrested at Miami International Airport after a fight with an airline employee broke out at a ticket counter.

The two women who were arrested was caught on camera but it only showed the aftermath of the altercation at Frontier’s ticket counter.

Miami police reported that the two women showed up 45 minutes late to board their flight to Atlanta and were upset that they weren’t able to board since it was past the cut off check in time.

According to NBC Miami, Makyan Mercer, 20 years old, threw a plastic sign holder at an employee, causing her to get a cut on her face. As police goes to arrest Mercer, the second woman, 21 year old Janaeah Negash, attempted to interfere.

The Frontier employee was taken to the hospital and treated for her injury.